“He was our president, too”

Bordeaux, France, November 22, 1963. There were over 20 of us, juniors from various University of California campuses. On that evening, we dispersed easily along two banks of banquet tables in the University of Bordeaux student union dining hall and among the French and North African students who had arranged this dinner to welcome us. As the meal progressed, we made friends, jabbering away in awkward hand signals, broken French, and broken English. By 8:40 p.m., the meal was drawing to a close with patisseries, and we were excited about the dance to follow.

A student came in from the TV room to convey the news flash: the president had been shot. 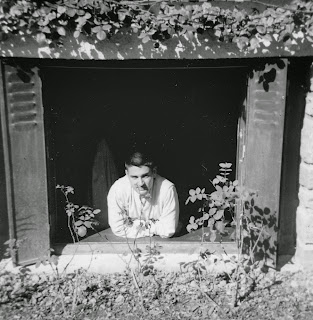 The self-appointed herald returned from the TV room: President Kennedy had died on the way to the hospital.

Silent cries resounded round the room: why, how, when, where? Some stood to go, then sat, not knowing where. Others hid their heads and wept – on the table, in their hands, against a wall, on a nearby shoulder.

At last, someone stood and, mercifully, officially concluded the already aborted dinner party.

With no motivation to go or to stay, I sat frozen, staring at the haze of motion as people staggered up, stumbled out, and disappeared wherever they may. At last, with May’s help, I, too, on some sort of blessed autopilot, drifted from the near empty room to find my bike and head...nowhere, really.

Just out into the night. For hours I roamed the deserted, cobble-stoned streets of downtown Bordeaux. For a while, together with May, we’d run into fellow students in one café or another, mourning, wondering, watching TV news reports. When May had to take a cab home, I continued to roam alone. Now riding, now walking, I would look up wistfully at the comforting glows of home and hearth, one by one blinking out as I and the evening slipped by in the gathering chill.

All the while I wandered, I wondered why. Then, looking up at the brisk, crystal clear sky of that late November night and marveling that the stars could still sparkle, I at last was comforted with the realization that this very same sky, at this very same moment, was shining over home so many thousand miles away and connecting me seamlessly to Dallas. And I felt not so alone.

As the days came and went, blissfully numb, I biked into and out of town, drifted to and from class, and sought solace at our UC study center. Others would come in and out of the study center, as well – French students and students from elsewhere around the globe. They, too, were drawn to be with us in shared grief, to offer condolences, to express dismay.

On one of those days, one young student from North Africa came in. He huddled with us around a table as we looked at newspapers. Suddenly, he turned to me, his voice soft and shaking slightly, and in a few words spoke volumes about our common humanity and shared dreams: “We felt he was our president, too, you know.”

One year later, in the middle of my senior year at UCLA, I changed my major from physics to political science. A year after that, I began Peace Corps service in Nigeria. There followed grad school and a 34-year career dedicated to applying systems approaches to socioeconomic issues in Nigeria, Korea, Venezuela, the U.S., and elsewhere. Then a career shift, working to foster a culture of peace and, specifically, the establishment of systems in governments and civil societies in the U.S. and around the world to support a culture of peace.

And still, 50 years later, my voice chokes and tears come to my eyes whenever I tell this story.

On November 22, 2013, the San Francisco Chronicle published an edited version of this reflection.

Also, see transcripts of two letters I wrote home in the days following the assassination.
Posted by Mike (The Green Pen) at 11:13 AM